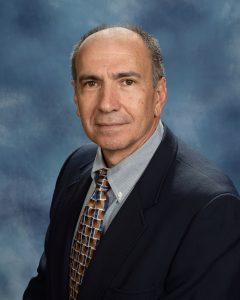 Rev. Glenn Hannigan, 64, has served Ebenezer since June 2010. He did not take a normal route to the pulpit. A career journalist, Pastor Glenn spent 27 years in various editing and management roles with The Atlanta Journal-Constitution, including Sports Editor, Sunday Editor, Special Projects Editor and Senior News Editor for the 1996 Summer Olympics. He also wrote a local-interest column for many years at the AJC. He previously worked at the Sun-Sentinel in Fort Lauderdale, Fla., and at the Palm Beach Post.

Pastor Glenn and his wife, were married in October 1987. They met at the AJC, where Candi also was working as an editor. She is now executive editor for Aroundabout Local Media, which publishes the TowneLaker, Around Woodstock and Around Canton magazines in Cherokee County, and Around Acworth magazine in Cobb County. They have three children: Julie, 33, Drew, 31, and Rebecca, 27.

Pastor Glenn accepted a call to the ministry after serving for many years as a volunteer in the church. The Hannigans were among the earliest members of Hillside in Towne Lake. Pastor Glenn served as youth minister and lay leader for many years. He also was active in men’s ministry and leading various youth and men’s retreats. Before coming to Ebenezer, the Hannigans were members of Liberty Hill in Canton, where Candi founded Give a Kid a Chance – Cherokee, a back-to-school ministry which serves thousands of needy children each year.

Sharing the Gospel since 1853.

“To know the love of God, grow as disciples of His Son Jesus Christ, go share His love with others.”